The Irish Craft Beer Festival is back this September and is bigger than ever with over 50 brewers, cideries and distillers.

As usual, Beoir members receive a 50% entry discount at the door with a valid, in date membership card. If you want to try and win tickets to the event, keep an eye on the social media. The Beoir Twitter and Beoir Facebook accounts will have a competition each weekend for a pair of tickets. That's a chance to win on both Facebook and Twitter so keep an eye out on Friday to Sunday for details with the winner on each platform announced on Monday. We will run the competition this weekend and next weekend.

If you wish to volunteer, check the Beoir Member forum for details.

Tickets are available here for non Beoir members. Beoir members wanting to avail of the discount, do so at the door.

Here are the results of the Killarney Beer Awards for 2016. We had 165 entries which was more than double compared to last year.
Judging started on Saturday at 11am and the final round was completed by 7pm. A massive thanks to Kellie Dawson and her team of stewards who worked the mammoth task of preparing the bottles on Friday. Kellie worked from 10am until 10pm on Friday categorising bottles. Unfortunately, a lot of time was wasted due to many entrants either not covering up their labels correctly or else not bothering to cover them up at all.
We will have to be more strict about entries next year.
Images from the event can be found on the Beoir Flickr page. Direct link here.
The scores from the first round of judging are being compiled and will be sent to breweries along with their feedback.
Beoir Champion Beer of Ireland 2016: Kinnegar Brewing, Flying Saucer
First Runner Up: Trouble Brewing, Stakeout
Second Runner Up: The White Hag, Púca
Best of Category
Pale ale
Belgian style ale
Dark ale

Last month, Beer Ireland launched their Micro Brewed badge and it has since started to appear on bottled beer and possibly on pump clips too? I'm not sure about that one.

For those that don't know, Beer Ireland is one of the two industry groups that represent craft breweries in Ireland with the other being the ICBI. Don't forget, Beoir represents the consumer and not necessarily the interests of the industry, though the two tend to go hand in hand when it comes to craft beer.

Beoir welcomes an attempt to provide a label that consumers can use to identify a beer as being independent. While being from an independent brewery doesn't necessarily mean the product is better, it does mean that it comes from a small brewery that supports local jobs and industry rather than a foreign owned multinational. One could consider it similar to the Guaranteed Irish badge except that it's more restrictive. At its core, the badge allows the consumer to make an informed choice to support a verified independent brewery.

To qualify for a Beer Ireland Micro Brewed badge, you need to meet the same definition Beoir uses for Irish Craft Beer with the addition of one.

The last one means that the absence of the badge doesn't mean it's not a micro brewed beer, it simply means they are not a member of Beer Ireland and are perhaps a member of the ICBI or perhaps even not a member of any industry group at all. It's also worth noting that the criteria is all about the brewery that produces the beer, not the brand. A contract brand brewed by an independent brewery would still qualify in the same way it qualifies as Irish Craft Beer under our definition.

If you are ever in in doubt, just check the Beoir A - Z list. If it has a green tick, then it is a micro brewed beer and meets our definition.

EBCU salutes the historic contribution of the Reinheitsgebot

The world’s longest lasting piece of consumer legislation, the Bavarian Reinheitsgebot, which aims to protect the purity of beer recipes, celebrated its 500th anniversary on 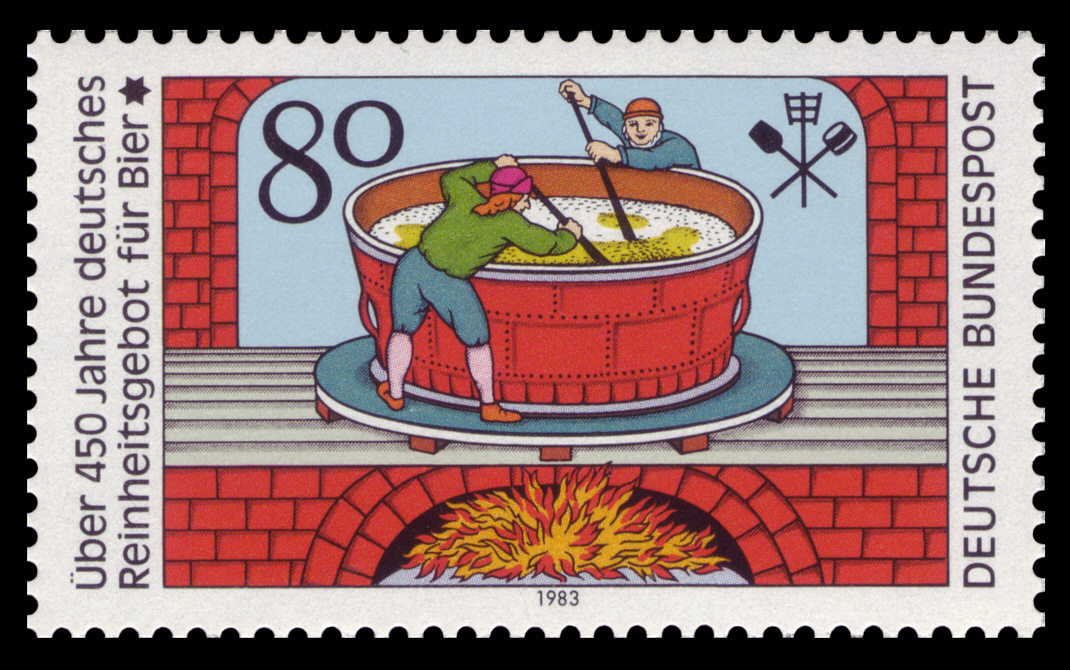 The European Beer Consumer Union (EBCU), which speaks for beer consumer groups across Europe, hailed it a major contribution to the concept of protecting beer consumers by setting brewers some basic standards since 1516.

However, EBCU also sounds a note of caution for its future relevance.

“The strict rule that excludes the use of sugar, syrup, starch, maize and rice in beer brewing is still relevant to brewing classic German beer styles like Helles, Münchner, Märzen, Kölsch, Altbier and others” said EBCU Chair Henri Reuchlin, adding, “but the restrictions on the use of alternative ingredients is getting in the way of the German brewers developing their own take on beers from other European brewing traditions. It also has the potential to interfere with the revival of some older, local German beer styles, which is not so helpful.”

EBCU believes that a modern equivalent of the Reinheitsgebot would impose improved standards of beer labelling, by insisting that beer labels in the EU should all list ingredients and state which brewery company made the beer.

The Reinheitsgebot was originally known as the “Surrogate Prohibition”.

It was introduced in 1516 by the then Dukes of Bavaria, Wilhem IV and Ludwig X, as a way of dealing with a price war that had developed between brewers and bakers over the purchase of wheat. It also allowed them to address longer standing concerns that brewers were polluting beers with herbs, root vegetables, fungi and animal products.

It was brought in on St George’s day (23rd April) as this marked the end of the traditional brewing season in much of central Europe, which begins on St Michael’s day (29th September). Before affordable large-scale refrigeration was brought in around 1865, the summer months were deemed too hot for beer to ferment safely.

At that time there were two basic types of beer. Brown beer was made with malted barley and white beer contained a large amount of wheat. The original diktat effectively outlawed the lighter, more summery wheat beer, stipulating that beer could only be made from barley, hops, and water. Yeast was not mentioned, as its nature was not yet understood.

However, the ban on wheat was soon withdrawn in favour of a heavy tax on its use in brewing. This was replaced in 1602 by a licensing system introduced the Elector of Bavaria, Maximilian Wittelsbach, though he faced much criticism when all the licenses were bought by members of his family, who held an effective monopoly for the next two centuries.

As the German states came together under Bismarck, many adopted this Bavarian standard, in doing so outlawing numerous historic local beer styles that used outlawed ingredients such as salt, spices or herbs.

The universal adoption of the Reinheitsgebot in 1919, was made a condition of Bavaria accepting its amalgamation into the new Germany.

The Reinheitsgebot was formally withdrawn in 1988 after the European Union declared it a restraint of free trade, although many German breweries abide by its tenets to the present day, as do most brewers in Austria and many in the Czech Republic. To this day it is accepted as the gold standard, by craft brewers in many parts of the world, especially when making pale lagers.

Industrial lagers, including many of the world’s best known brands, substitute sugar, syrup, starch, maize or rice for malted barley, reducing the amount of background grain flavours featuring in the beer and accounting in part for their relative lack of flavour. These may be and sometimes are substituted for up to a third of the grain bill (the fermentable sugars).